A partial burn ban goes into effect at midnight on August 5, 2022.

Check on the Status of Burn Bans

What Can I Burn? 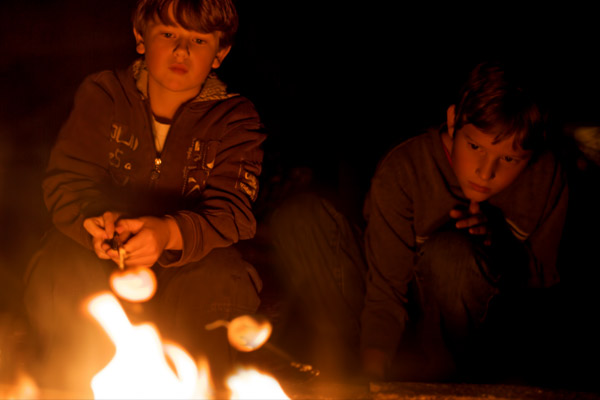 Small recreational fires, when not banned, require no permit.

It is legal to burn only natural vegetation — items such as logs, leaves, brush trimmings, tree limbs. The burning of trash is prohibited, and hasn’t been allowed for many years. Illegal materials include: paper products such as newspaper or cardboard, plastics, painted or treated wood, pallets, furniture, construction debris, gasoline or oil, etc. Burn barrels are also illegal.

Where Can I Burn?

Within the Kingston urban growth area (2016 boundaries), no outdoor burning is allowed with the exception of recreational fires (see definition below). Outside the UGA, outdoor fires must be a minimum of ten times the diameter of the burn pile (to a maximum of 50 feet) away from any structures, including fences. The fire must be attended at all times, and a means of extinguishment—bucket of water, shovel, garden hose, etc.—must be readily available.

Do I Need a Burning Permit?

Recreational Fires — Permissible throughout NKF&R’s service area. Fire must be in designated area, no larger than 3’x3’x2′ and composed of charcoal or dry firewood only. No permit is required.

Small Residential Fires — Permissible only outside the Kingston UGA. Fire must be no larger than 4’x4’x3′, and composed of natural vegetation. There is no fee for the permit, and it is valid until the end of each calendar year.

Large Residential Fires — Permissible only outside the Kingston UGA. Fire must be no larger than 10’x10’x7′, and composed of natural vegetation. There is no fee for the permit, and it is valid for two weeks.

How Can I Get a Burning Permit?

Free permits for outdoor fires in areas served by NKF&R are available online through Community Connect.  If you have additional questions, call us at (360)297-3619.

What is a Burning Complaint?

Even when natural vegetation is being burned, the smoke and odors can be a nuisance to neighbors. Often, citizens call to complain. We are required by law to investigate every complaint, even when the fire in question has a legal burning permit.  If the fire is illegal or producing unreasonable amounts of smoke, our crews may extinguish the burn. If violations are flagrant, we may refer the case to the Puget Sound Clean Air Agency for enforcement and fines. To avoid becoming the subject of a burning complaint, follow the rules and try to be considerate. Talk to your neighbors in advance. Less smoke is produced by “hot” fires, and the best way to ensure a “hot” fire is by burning material that’s as dry as possible. Fans can also be used to increase the fire’s temperature.

Will it Always Be Legal to Burn Outdoors?

Outdoor burning was permanently prohibited in Kitsap County’s urban growth areas (including Kingston) beginning in 2001. Land-clearing fires were permanently banned in 2009. According to the authority implementing this permanent ban (the Puget Sound Clean Air Agency), outdoor burning in additional areas will likely be banned in the future.

— The other form of burning ban is most common during the winter months when air stagnation becomes a problem. These bans are implemented by the Puget Sound Clean Air Agency when smog levels are dangerously high. During these types of bans, no outdoor burning is allowed. Use of uncertified fireplaces and woodstoves is also prohibited unless the devices provide a home’s only source of heat.