Engine 81 (NK873) — Usually assigned to the headquarters station where it is the busiest rig in the district, this engine is a 2021 Spartan MetroStar with a side-mount 1,500 gallon per minute Waterous pump and a 750 gallon tank. 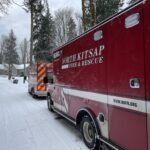 Medic 81 (NK827) — The busiest ambulance in the district’s fleet, this Road Rescue ambulance is on a 2019 Ford F450 chassis. Medic 81 carries at least one paramedic and EMT, handing the most serious medical calls. It racks up about 30,000 miles a year — mostly due to the distance between our district and local hospitals; transports average 40 miles round-trip. Generally, NKF&R’s newest ambulances are assigned to this slot. 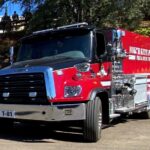 Tender 81 (NK190) — Tenders provide vital water supply for firefighting efforts in areas where hydrants aren’t readily available. This 2019 Freightliner with a Spartan chassis carries 3,000 gallons and can deliver 1,250 gallons per minute through its Waterous pump. 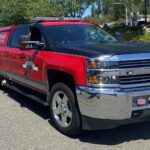 Battalion 81 (NK547) — This 2015 Chevrolet 2500HD canopied pick-up serves as a response vehicle and as a command post for incidents both large and small. The skilled personnel in our apparatus maintenance facility worked with command officers to design and build a custom module for the pick-up bed that includes power source, radios, mobile-data terminal, charging ports and other resources. 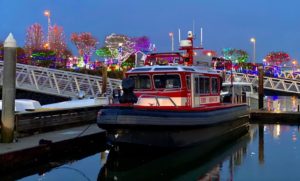 Marine 81 (NKMAR81) — The district’s fire-rescue boat was built in 2015 by North River Boats of Roseburg, Oregon. A federal grant covered 75% of the construction costs for the Valor-class vessel with a 45′ length overall, 10′ beam and 3′ draft that uses twin outboards to cruise at speeds in excess of 30 knots. Personnel are not permanently assigned to Marine 81; when the vessel is needed, staff from other stations travel to Port of Kingston Marina to respond with the fire-rescue boat. Read more about Marine 81 in a press release announcing its formal commissioning ceremony in April 2016. 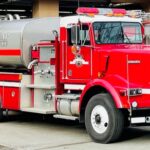 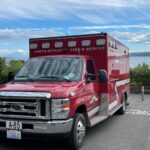 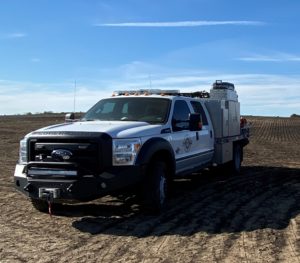 Brush 85 (NK472) — A custom-built brush (Type 6) engine box on a 2015 Ford F550 chassis, Brush 85 is assigned to the South Kingston Road fire station but is often deployed to other areas during wildland fire season.  It has a 300 gallon tank and a Waterax pump rated at 105 gallons per minute.  The majority of the engine’s construction costs were paid with a combination of state and federal grants.

Engine 89 (NK235) — The engine typically assigned to the Hansville fire station is a Crimson Fire built on a 2007 Spartan Gladiator Evolution chassis.  It carries 500 gallons, and its side-mount Waterous CSU pump is rated at 1500 gallons per minute. This engine’s motor was recently rebuilt. 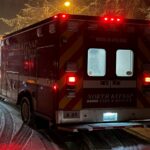 Aid 89 (NK826) — This Road Rescue ambulance was rechassised onto a Ford E450 in 2019. It is currently assigned to our Hansville fire station.  It’s usually staffed with two firefighter/EMTs.

Reserve (NK066) — This engine is kept in reserve to ensure that there is no interruption in service when first-out apparatus need routine or emergency maintenance. It is a 2000 H & W Spartan Gladiator with a 500 gallon tank and a top-mount 1,500 gallon per minute Darley pump.